What is treatment resistant depression?

See our wiki on TRD for background information.

Depression rating scales are a way for clinicians to monitor patient progress by repeatedly measuring severity of symptoms with a standardized questionnaire. These scales were designed to reflect a patient’s severity of depression in an objective manner, so clinicians do not need to rely purely on subjective questions that might not accurately reflect the patient’s clinical status. There are a large number of scales, and three commonly used scales include:

Here are some terms that are commonly used to describe patient responses to treatments. These definitions are not standardized, though most clinical studies and articles follow these guidelines. They are defined in reference to the magnitude of improvement from baseline on a depression rating scale (whichever scale is chosen in the clinical study):

There are five major classes of antidepressants [Rxlist]. These are:

Summary of the treatment algorithm for MDD

There are many options available for the treatment of depression. The two overarching categories of treatment include pharmacotherapy (an antidepressant medication) and psychotherapy (“talk therapy”). The initial treatment of MDD may involve either or both forms of therapy. Most commonly, physicians will prescribe an antidepressant (without psychotherapy) as the initial treatment, though this differs based on physician and patient preferences, comorbidities, cost considerations, and other factors.

There is no consensus treatment algorithm for MDD in terms of which specific antidepressants to prescribe and in what order, though there are various existing guidelines and recommendations. It is most common for a physician to prescribe an SSRI first; these are the most widely prescribed class of antidepressant and include brands like Prozac, Zoloft, Celexa, Lexapro, and Paxil, among others. However, multiple studies have suggested that different types of antidepressants are roughly the same in terms of efficacy [American Psychiatric Association; Simon et al. 2020; Gartlehner et al. 2011; Malhi et al. 2013; Lester et al. 2012]. SSRIs are a common initial choice because of their more favorable side effect profile compared to other classes of antidepressants.

Regardless of which antidepressant the physician chooses as the initial treatment, the patient usually waits 4-12 weeks to see if the treatment will work. This is because antidepressants exhibit a time lag before they take effect (though some patients may feel better much faster). After four weeks the physician may decide to adjust the treatment if there has been little symptom relief. Approximately 70% of patients will not demonstrate remission [Gibbons et al. 2012]. Then, the physician must make a decision on the next step. There are a few options:

While there are some studies comparing these options, there is generally no accepted gold-standard treatment algorithm, nor is there a data-driven approach to optimize the right treatment pathway for a given patient. There are a very large number of combinations the provider could use in choosing a medication and dose, and deciding whether to add psychotherapy or an augmentation agent. As a result, treatment plans may come down to trial-and-error, with the patient suffering several weeks during each trial just to ascertain whether the treatment is working. 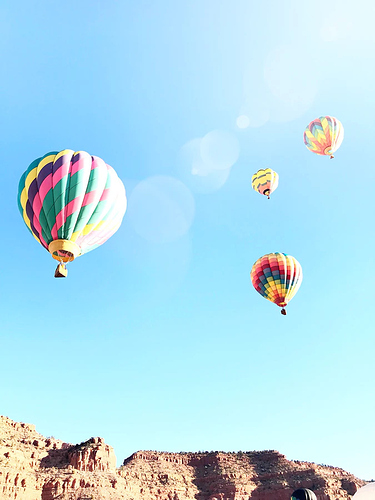 Once a patient has failed two antidepressants, it is useful to reassess the patient’s symptoms and medical history and confirm the diagnosis of TRD. It is possible that the patient actually has a different psychiatric disorder such as bipolar disorder, substance-induced depressive disorder, or complicated grief, and therefore the treatments for MDD have been less effective. MDD is often associated with psychiatric comorbidities, i.e. psychiatric disorders that can present alongside MDD. Many MDD patients also suffer from anxiety, for example. If the patient does have a psychiatric comorbidity, the physician may opt to treat that first, instead of focusing on the depression. This is because the depression could be worsened by the other condition, and treating the other condition could lead to a better response to antidepressants.

After confirming 1) the diagnosis of TRD is correct, 2) the depression is not secondary to another illness, 3) the two initial treatments with antidepressants (possibly along with psychotherapy) both failed, and 4) the patient has maintained adherence to their medication schedule, the physician has a number of strategies to treat TRD:

As mentioned earlier, once a patient is determined to have TRD it is unlikely for augmentation or a switch in antidepressant (strategies #1-2 above) to result in response or remission. However, some psychiatrists and patients still prefer to continue trying strategies #1 and 2 with different combinations. As a result, some TRD patients actually end up trying various treatments without feeling better for years, sometimes even a decade or more. There are simply so many possible combinations of antidepressant, dosage, psychotherapy, and augmentation that a patient would never be able to exhaust all possible combinations. Regrettably, patients may continue to suffer intensely through this period of trial and error.

Fortunately, strategies #3-7 often work for TRD patients. These alternatives should be strongly considered for patients who are known to have TRD (but each patient should work with their provider to find the best strategy for them). Since it may be unlikely that strategies #1 and 2 will benefit many of these patients, suffering and monetary cost can be significantly reduced by jumping directly to strategies #3-7. These strategies can be divided into two buckets:

A detailed description of each of these treatments are given on other pages of the Official Osmind Wiki. There is no standard treatment algorithm for physicians to prioritize or choose these various treatment options. While many studies have demonstrated safety and efficacy for each of these options, there have been few high-fidelity studies that compare them head-to-head, and there are pros and cons to each approach. As a result, there are no compelling data to suggest the use of any particular treatment first. Physicians and patients generally work together to pick based off of several factors:

Vagus nerve stimulation and deep brain stimulation are widely reserved as last resorts due to their invasive nature. ECT is often not viewed as the best initial option because of the suboptimal side effects and the need for the patient to undergo general anesthesia. However, ECT can be an initial option if the patient is acutely suicidal.

One general pattern that might be followed for TRD (without psychosis or acute suicidality, and not secondary to another psychiatric or medical illness) is shown below – as mentioned above, there is no rigorous evidence-based way to create a treatment algorithm based on the data that are currently available. It is important to note that the pattern provided below is general and subject to change due to numerous patient and provider specific factors. All patients should work with their physician to determine what makes the most sense for their particular situation.