What is treatment-resistant depression (TRD)?

Major depressive disorder (MDD), also known as major depression, unipolar major depression, or clinical depression, is what people generally refer to when they colloquially use the term “depression.” MDD is common: more than 264 million people worldwide suffer from it and in 2017 roughly 17 million Americans had at least one depressive episode [1-2]. In fact, roughly 21% of Americans will suffer from MDD at some point in their lives [3]. Unfortunately, approximately one-third of all MDD patients suffer from treatment-resistant depression (TRD) [4]. 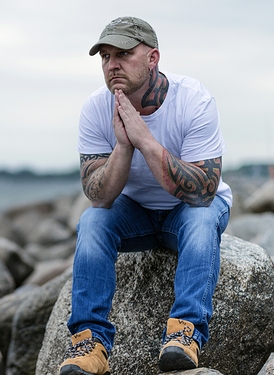 TRD is a form of MDD. Put simply, TRD is depression that does not get better despite treatment. While there is no standardized definition of what qualifies as TRD, clinicians generally consider a patient to have TRD if they have not responded adequately to at least two different antidepressants – assuming that these two antidepressants were prescribed and taken correctly with a sufficient dose and duration (usually at least roughly four to six weeks). Sometimes, a patient’s inadequate response may be due to a misdiagnosis, the presence of other psychiatric or medical disorders, or suboptimal medication choice based on the patient’s specific characteristics. In this situation, the patient should not be considered to have true TRD, since they did not really fail to respond to two “correct” or “adequate” antidepressant treatments.

TRD involves the persistence of MDD symptoms – such as sadness, an “empty” mood, hopelessness, sleep disruption, decreased energy and concentration, thoughts of or attempts at suicide, among others – even after two or more treatments. Though some disagree, many clinicians argue that a patient should be classified as failing an antidepressant if they refuse to take it, due to unbearable side effects or an inability to maintain medication adherence. In this framework, refusal to follow the antidepressant treatment counts as one of the two drug failures needed for TRD.

If you have TRD, you are not alone: TRD affects approximately over 9 million Americans (using the estimate that ⅓ of MDD patients have TRD). While TRD may be resistant to standard medications, there are other treatment options that have been shown to work for many TRD patients. These tend to be treatments that are not used for standard MDD patients unless other approaches have already failed. 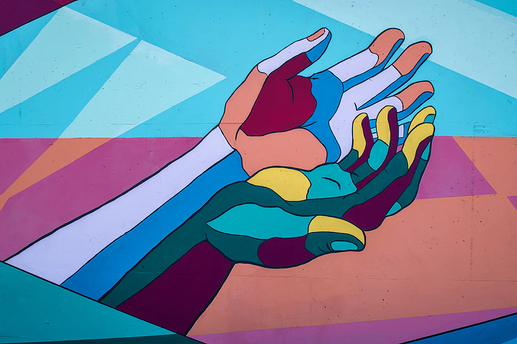 Currently, mental health care is somewhat based on trial-and-error, wherein the psychiatrist, primary care physician, or other clinician prescribes antidepressants without having a data-driven treatment algorithm to predict which patient is likely to respond best to which treatment. This is because researchers have not been able to develop a deep understanding of the biological basis of depression, and so cannot make personalized treatment algorithms, e.g. how oncologists can design personalized chemotherapy regimens based on a person’s tumor characteristics.

Physicians generally choose a class of antidepressants called selective serotonin reuptake inhibitors (SSRIs) as the first option for treating MDD (though some clinicians may prefer to first try other classes of antidepressants for various reasons). SSRIs are the most widely prescribed type of antidepressant and include well-known brand name drugs such as Prozac and Zoloft. Antidepressants take time to work, so the patient must wait several weeks to see if the SSRI works. If the patient does not get better, the physician then must choose among a few options: increase the dose of the SSRI, add psychotherapy (also known as “talk therapy”) to the treatment regimen, change to another antidepressant, or add an augmentation agent (a drug that helps enhance the efficacy of an antidepressant). The physician generally only makes one change to the treatment regimen at a time. Then, the patient waits another few weeks to see if the treatment will work. This process is repeated over and over again if the patient does not get better. While sometimes physicians choose to wait 6-12 weeks to see if the patient responds to treatment, dose adjustments and augmentation agents are often introduced based on response and side effects prior to the 6 week mark.

Because of this trial-and-error approach, sadly a lot of TRD patients have tried many different treatments, ranging from different types and numerous combinations of antidepressants and psychotherapy (talk therapy), without feeling any better. This process can last for years and years. Some patients have suffered through TRD for a decade or more while trying various treatments, to no avail. Research has shown that if a patient has failed two treatments (assuming these treatments were well-delivered, i.e. the dosing and timing followed the standard of care), then it is very likely that the patient will continue to fail treatment with traditional antidepressants and/or psychotherapy [5]. Therefore, patients who fail two antidepressants are considered to have TRD and may consider forgoing further experimentation with traditional treatments and instead directly trying TRD treatments.

Currently there is no robust way to predict beforehand which MDD patients will develop TRD. However, there are certain risk factors for TRD, including being older, being female, having other psychiatric disorders, having concurrent medical illnesses (including heart disease, chronic kidney disease, thyroid disease, chronic pain), substance abuse, eating disorders, sleep disorders, and certain social factors [5-15]. Eventually, it may be possible to precisely predict, prevent, and treat TRD at an individual level. This is the core idea of “precision medicine,” an emerging medical model that uses an individual’s personal characteristics (including biomarkers, genetic profiling, environmental factors, behavioral traits, and social/demographic background) to accurately predict which treatment and prevention strategies for various diseases will work best in that individual. Precision medicine contrasts with the prevailing mental health care paradigm, which utilizes more trial-and-error and subjective decision-making that is not based on data-driven approaches.

At Osmind, we want to help TRD patients feel better as quickly as possible. We hope to accelerate the development of novel therapeutics that work for TRD patients, and to advance the field of precision mental health. With precision mental health, clinicians would no longer need to rely on guesswork and patients would no longer need to wait months or years while trying various treatments that don’t work. Instead, providers will be able to predict which treatments work best for which patients at an individual level, thus reducing suffering while saving time and money. This is especially important for TRD patients who do not respond to traditional therapies.